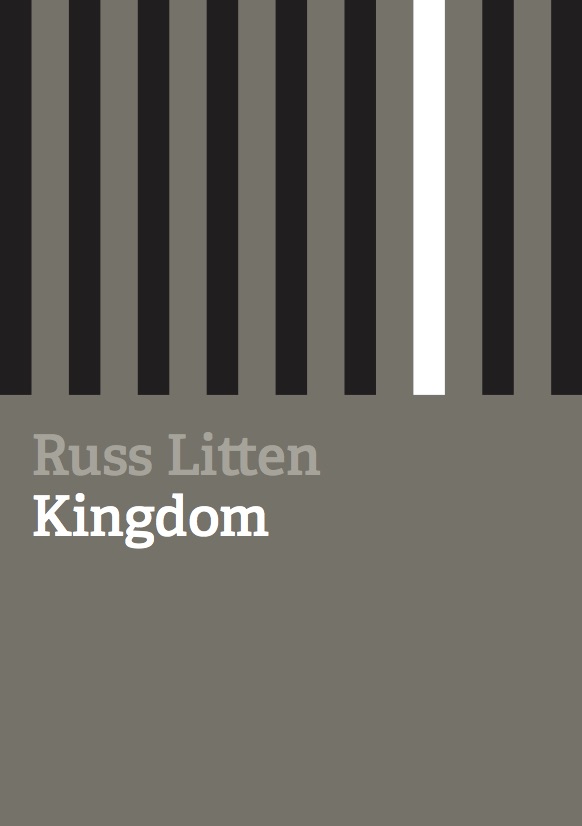 My third novel, “Kingdom” was released by Wrecking Ball Press on October 5th 2015. Here is the prologue. You can buy Kingdom at http://wreckingballpress.com/product/kingdom/

The librarian is the first to notice him. To suspect that something is amiss. He looks out of place, somehow, in a way that she cannot immediately identify. Not his face. An ordinary enough face; dark chin length hair, sun-starved pallor, five-day growth of beard. A face you’d find in any prison or public institution. His clothes, perhaps; plain and anonymous enough on the outside, but incongruous here; black overcoat and dark trousers, worn and shabby looking, but an expensive cut. Not the usual jeans or logoed-up tracksuit of the enhanced or the standard grey sweatshirt/green polyester trouser combo issued on induction. And shoes, proper shoes, not trainers. Staff, she thinks at first, a recently arrived tutor she hasn’t been introduced to yet, or a visiting civilian perhaps. But something about him is vaguely troubling. His bearing. Not for him the sullen head down subservience of the newly arrived, or the slumped blank eyed stare of the hardened. He sits bolt upright in the corner near the computers, set apart from the rest of the men, surveys their babble with a tightly wound unease, a contempt bordering on fury, almost. Tight knuckled fists gripping the arms of the chair. Heels hammering the carpet beneath the table.

A voice raised in complaint at the desk, some angry squabble over an unreturned DVD. The librarian turns her attention away from the man in the corner and deals with the complaint, sends the aggrieved offender away with a list of available titles and his local paper. She returns to her desk behind the panels of glass and wood that serve as her office, but no sooner has she sat down then another offender is at the door, bugging her to chase up a certificate from a previous prison, his fifth identical query in the last two days. Another offender wants to know about Story Book Dads, is his CD ready yet Miss, the Gruffalo at Christmas, Miss, and if not why not? The first of the day’s minor dramas.

The day’s major drama starts with a phone call; Control asking for a headcount. The librarian reads him the number from her tally and replaces the receiver, returns to her typing.

Ten minutes later the phone rings again. The request is repeated and this time she stands and counts the bodies through the glass; relays the information, pauses, listens, nods.

Five minutes later the phone rings again and the request is repeated and then again, two minutes later, with an added instruction. She puts down the phone and signals to the assistant.

Stand-fast, she tells her. Don’t let anyone out.

A group of men at the door holding gym bags and beakers overhear, raise an immediate chorus of complaint.

Beyond a fucking joke, this …

The head librarian looks at her assistant.

Jangle of keys from the other side of the door and the men are forced to jostle back and stand aside to admit the two officers. They lock the door behind them and advance into the centre of the room. The younger officer carries a clipboard with a list and mouths one, two, three, four, as his eyes scan the men sat around the tables or stood at the bookcases. Radios in his count and looks at the librarian.

What wing are these?

B, she tells him.

He scrutinizes his list, frowns, looks around the room again. Moves among the milling group of men, glancing from the names to each face.

The officer spots the man sat at the corner table near the computers. Walks across, looks at his list.

The man glowers up at him.

Not got one, he says.

The officer keeps his eyes on his list, pen tap-tap-tapping.

Don’t be clever, he says, I’m not in the mood. Number.

Sigh from above. Pen slotted into top pocket.

Stand up, says the officer.

Titters from around the room. The men have stopped moving and fallen quiet. All eyes clamped on the corner.

The younger officer tucks the clipboard under his arm.

On your feet, he says. Now.

Make me, he says.

In prison, it is often said that time seems to stand still. This is such an occasion. Minute but perceptible shift in the atmosphere, a slight tensing and murmur, bodies braced. The man issues his challenge and time stands still.

The younger officer has been in the job for three months. The older officer is six months away from retirement. The librarian has being doing this for twenty years. She has already made her way over to the wall, to the green panic button. She hears the words from the corner of the room.

I said make me. You deaf as well as fucking stupid?

Five seconds later the morning explodes in clamouring bells, a stampede of boots and a riot of raised voices.

Filmed on an iPhone by Dave Lee. Voice over by Jon Strickland.

END_OF_DOCUMENT_TOKEN_TO_BE_REPLACED

Reviews & Interviews for Scream If You Want To Go Faster 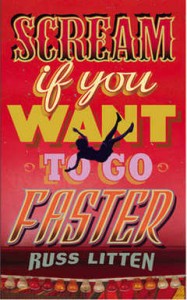